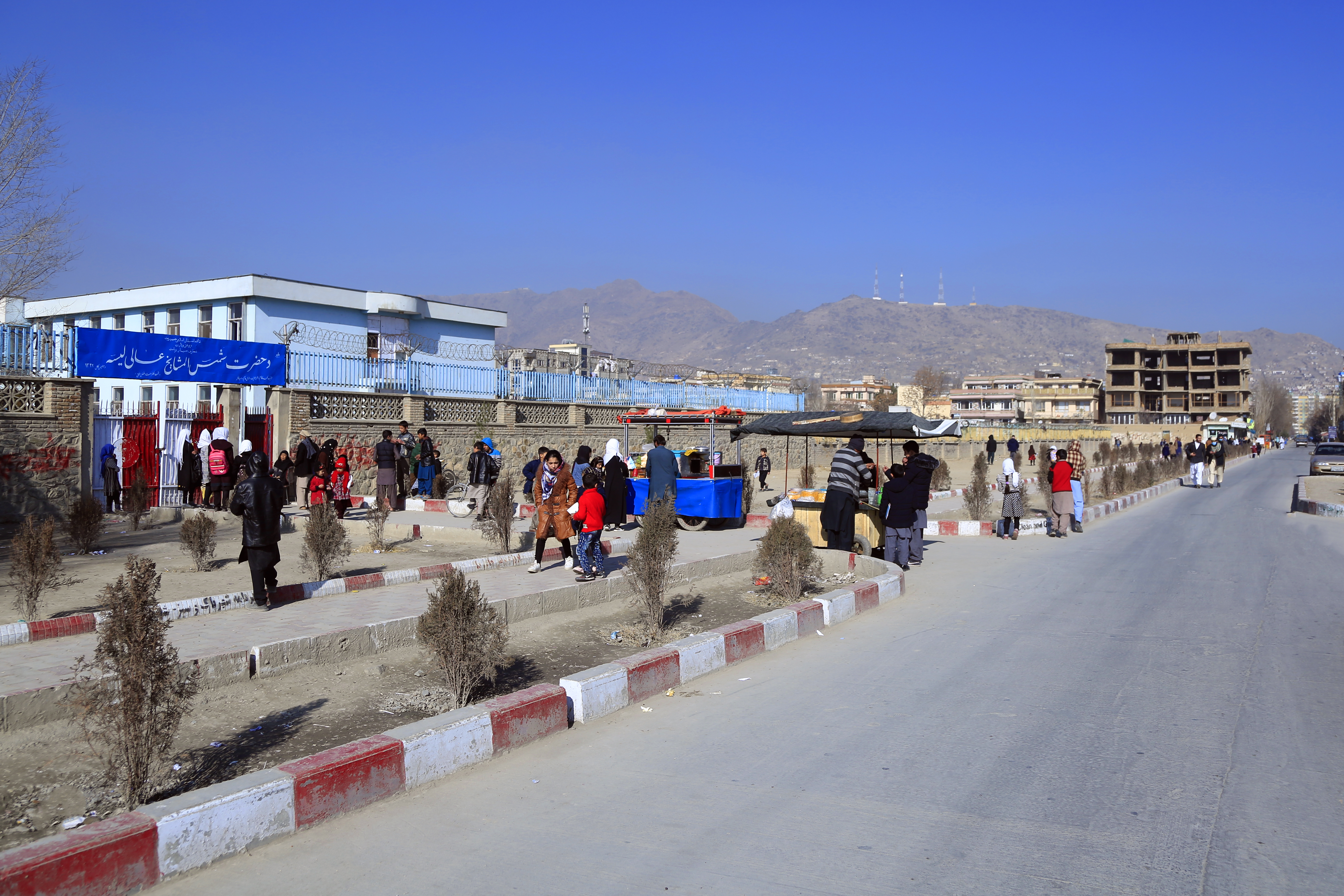 After decades of breathing dusty air because of dirt streets, residents of Khushal Khan Mena neighborhood in Kabul city now breathe easier after an extensive roadwork project paved the streets in 2018.

Before the roadworks, residents faced many physical and health challenges, says Abas Mohammad (name changed), 65, a community representative from a traditional council in the neighborhood, located about 8 kilometers (km) from Kabul city center. “We had problems constantly with the streets, especially on rainy days when they filled with mud and water,” he says. "In the summer and on sunny days, there was a lot of dust that polluted the air."

Abas says that children from the two kindergartens in the area were badly affected by the dust. “Many children were suffering from respiratory illnesses or sore throats due to the air pollution.”

For the residents of Khushal Khan Mena, the roadwork project carried out under the Kabul Municipal Development Program (KMDP) was a long time coming. The project was initiated by Kabul Municipality in 1970, however, after several decades of conflict that followed in the country, it was not revived until 2016.

“The decision to revisit this project was made by local representatives and the government connected us with KMDP. Their engineers came and surveyed our area and then paved our streets,” says Abas.

KMDP engineer Ehsan Zahri (name changed), 37, recalls that 90 percent of the streets were unpaved when they surveyed the area. “And there were few drains for wastewater,” he adds.

A total of 33 streets with a combined length of around 10 km was paved in Khushal Khan Mena between December 2016 and January 2018. The KMDP project included building more than 14 km of drains, 33 culverts, and 642 meters of sidewalks, directly benefiting over 7,502 residents. “It is easier for residents to commute on these streets—go to health clinics, schools, and to the city center in Kabul,” Ehsan says.

KMDP is implemented by Kabul Municipality and supported by the Afghanistan Reconstruction Trust Fund (ARTF), managed by the World Bank on behalf of 34 donors. It aims to increase access to basic municipal services in selected residential areas of Kabul city, redesign KM’s financial management systems to support better service delivery, and enable early response in the event of an eligible emergency.

"Overall, hygiene has improved greatly. The streets are much better and have benefited everyone in our neighborhood."

Over 1.3 million people (about 73 percent women and children) in the targeted areas have benefited from the construction of neighbourhood streets, community drains, and trunk roads.

The first year of road maintenance was guaranteed by the contracting company that carried out the roadworks, after which KM has assumed responsibility for road maintenance. Residents have also contributed to maintaining the street environment by collectively hiring a private sanitation company to dispose household garbage and street litter monthly.

As a result of these initiatives, there has been less dust and no garbage and puddles in the streets. “Overall hygiene has improved greatly,” says Farman (name changed), 65, a resident of Khushal Khan Men neighborhood. “The streets are much better and have benefited everyone in our neighbourhood." This has led to a decrease in pollution related health complaints over the past year, he says.

Although tough circumstances delayed the Khushal Khan Mena roadwork project for decades, the high-quality paved streets were worth the wait. “We're thankful that the government and KMDP have finally paved our streets with high quality," says Abas. "After more than a year, the streets look almost as new as they were on the first day. We are fully satisfied with this project and with KMDP's work."